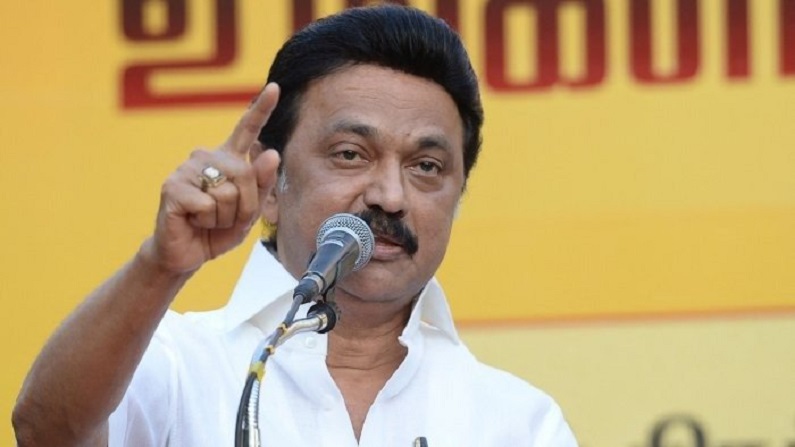 Tamil Nadu Chief Minister MK Stalin has made a big announcement to encourage sportspersons to enhance the country’s international reputation.

Chennai: Tamil Nadu Chief Minister MK Stalin has made a big announcement to encourage sportspersons to enhance the country’s international reputation. He also announced a Rs 3 crore award for a Tamil Nadu gold medalist at the Tokyo Olympics. Apart from this, a cash prize of Rs 2 crore has been announced for the silver medalist and Rs 1 crore for the bronze medalist (Tamilnadu CM MK Stalin announces Rs 3 crore for Olympic gold medal winner).

Chief Minister M. K. Stalin said, “The government is committed to encouraging players to make a name for themselves internationally. As part of this, the cash prize will be awarded by the government. The state government will always support and encourage the players. Players need physical strength and encouragement. We had promised in the DMK (Dravida Munnetra Kazhagam) manifesto to set up Olympic academies in 4 divisions in Tamil Nadu. We will do it. ”

The Tokyo Olympics have been postponed for a year due to a corona outbreak. Now this year the competition will start on 23rd July. Meanwhile, a special anti-corona vaccination camp was organized for athletes in Tamil Nadu. It was inaugurated by Chief Minister Stalin at the Nehru Stadium. The vaccination camp was jointly organized by the Youth Welfare and Sports Department of the Tamil Nadu Sports Development Authority, the Health Department and the Tamil Nadu Olympic Team.

Cash incentive amount of Rs. 5 lakh each to 6 players who participated in vaccination

During the event, Stalin gave a cash incentive of Rs 5 lakh each to the six players who participated in the vaccination. Apart from Nethra Kumanan, Varun Thakkar and KC Ganapati, who qualified for the Olympics in sailing, they include table tennis players G Sathian and Sharath Kamal and Paralympian T Mariappan.

Stalin Raj in Tamil Nadu; Oath of office and secrecy taken with 33 MLAs

Tamilnadu Election 2021: CAA and agriculture laws will not be enforced in Tamil Nadu if it comes to power; Stalin’s assurance