Where was this actress when we fought against Shirdi’s dress code? : Tripti Desai | English Actress Hemangi Kavi shares bold views in a Facebook Post on Bra and Women Trupti Desai slams her 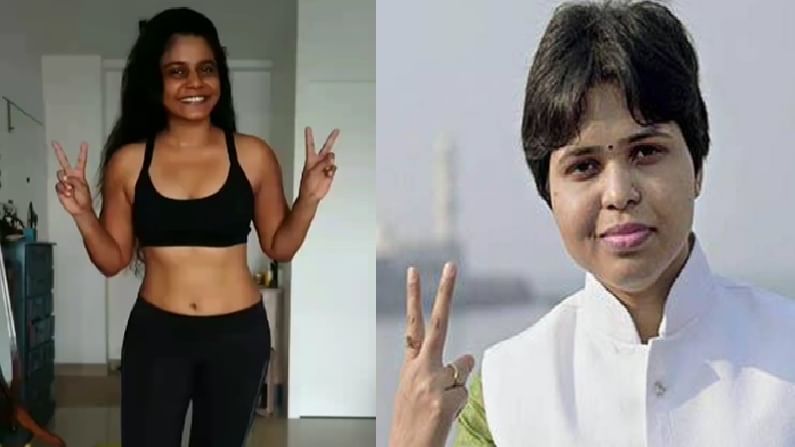 Where was this actress when we fought against Shirdi’s dress code? : Tripti Desai | English Actress Hemangi Kavi shares bold views in a Facebook Post on Bra and Women Trupti Desai slams her

Pune: Famous actress Hemangi Kavi-Dhumal is currently in the spotlight due to her Facebook post ‘Bai, Boobs and Bra’. There are mixed reactions on social media from this post. Where was Indurikar Maharaj when he was making defamatory statements about women through kirtan? This question has been asked by Trupti Desai of Bhumata Brigade. Where was the actress Hemangi Kavi when we protested against Shirdi’s dress code? I don’t know, said Tolahi Desai.

What did the Hemangi poet say?

We are working in the field of acting. Many times we are trolled, will the society decide how to get on social media and how to get out? I’m also told that makeup looks dirty without it. I have social media, let me decide, how I come forward. My job is to do makeup, to act. That’s part of my job. But I am a man, I am pressured.

I got a lot of messages after I posted a video of a poaching. In that video, it was said that my boobs are seen moving and so on. Many commented on it. You’re stupid, do you do anything to get a job? If I had a daughter in my house, I would have been deafened. 7-8 wives told me to wear decent clothes. One woman says, “I felt angry and sad.” The woman tells the woman this.

But why? She goes through it herself. You asked 100 women, do you like to wear bras, 99 would say no, no. So why is it imposed on an actress or any girl? If you have an opinion, keep it with you. People get judgmental about why I do it, why I do it, whether I want to get paid, I expressed.

Women should give up cowardice and express themselves!

Asking women to express their views on this, Hemangi said, “After yesterday’s post, many appreciated my courage.” I liked it. But it took courage to say such a thing, that was basically different. A bra is a part of a simple garment, what’s so bold about it? But this is the real beginning. I thought some women would say that I wouldn’t wear a bra after reading your post. But no one has dared to do so yet. There is a lot of struggle left for you. Girls should come forward and talk about it, that yes I will not use a bra. And if anyone speaks, she will answer boldly. Don’t be ashamed, don’t be silent with a blanket!

“Those who like to wear bras, they should…” Women, boobs and bras…

‘You have opened the suffocating subjects in the minds of many!’ Actress Hemangi Kavi appreciated on social media!